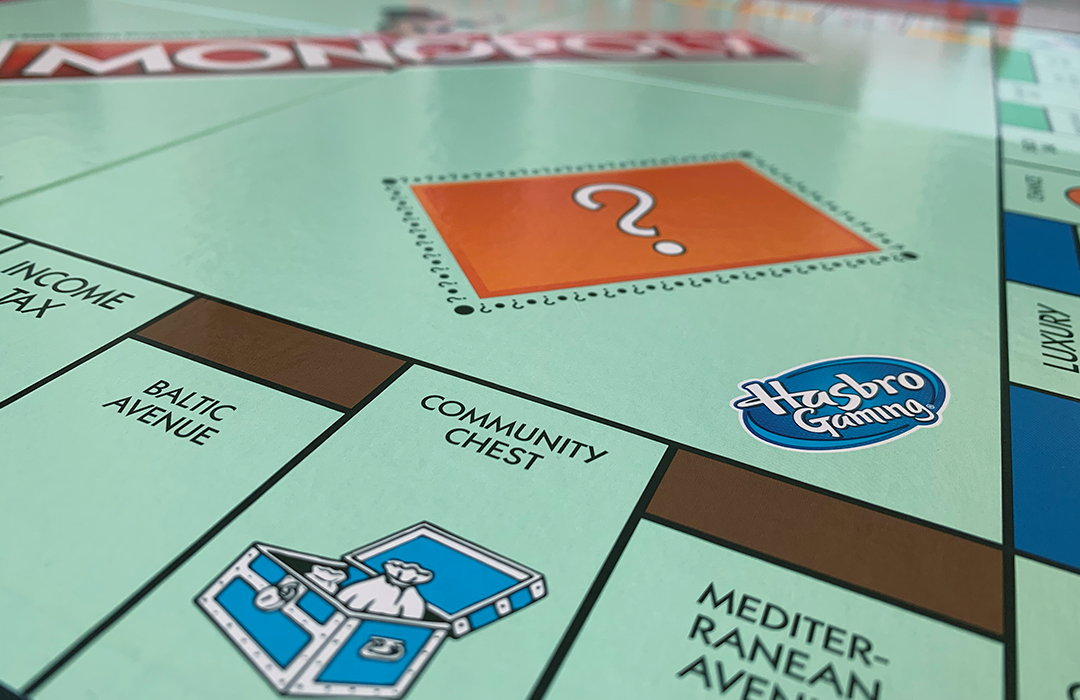 One of my favorite games is Monopoly.  Ever since I was a kid, I’ve loved playing.  There is a good amount of strategy as well as luck, and every house plays with its own rules.  The more people you have playing the more fun it is.

I used to always play with my dad and brother.  Hours would go before a winner was decided.  When you were winning and taking everyone’s money, you didn’t want the game to end.  When you were down and having to mortgage your properties, the game couldn’t get over soon enough.

I still love to play…only now I play with my oldest son, Titus.  Clayton does not have the attention span to make it through a game, and Shana does not have the patience (not that the game is too long, she just can’t stand the constant trash talking and antics employed by Titus…and sometimes me).

The same thing happens when the game is done: the pieces, properties and cash all get put back in the box.  The empire that was built and the money that was acquired mean nothing moments after the game ends.  The anger and frustration, as well as the joy and jubilation all fade away.  The money you won in monopoly doesn’t translate to real life.  You cannot go out and buy anything with that colorful paper.

The same can be said of this life.  We labor, toil, and work our tails off…for what?  For some green paper and our own miniature empire.  Once we move on from this life to the next, it all goes back in the box…it does not translate into the next life.

Hypothetically, can you imagine someone that wastes his or her life building a monopoly empire?  They don’t go to work, take care of themselves, pay their bills, etc. but they are really good at monopoly.  They’ve got hotels on Boardwalk and Park Place and a pile of cash stored away for anything that can come (it’s weird to think of…and tough to wrap our minds around.  If it helps, think of the 30-year-olds that live in someone’s basement, wear pajama pants all day, and play video games all the time.  Their lives revolve around what they can beat and build on the games; pathetic, right?  Of course, during the quarantine more people may fit into this category than normal!).

We pity these people because they are not investing in what matters.  Don’t obsess over monopoly money…it doesn’t buy you anything real!

But American money doesn’t buy us anything real either…Jesus says it this way in the Sermon on the Mount (Matthew 6:19-21):

19 “Do not store up for yourselves treasures on earth, where moths and vermin destroy, and where thieves break in and steal. 20 But store up for yourselves treasures in heaven, where moths and vermin do not destroy, and where thieves do not break in and steal. 21 For where your treasure is, there your heart will be also.

Are you going to spend time chasing your tail and obsessing over monopoly money, or are you going to invest in what really matter?  Take a few minutes to pause and reflect on what this looks like in your life.

I’ve often thought about the land we buy was owned by someone before us & someone before them. It’s all God’s property before & after we leave this earth. Good message!

Thanks for all you are doing to keep us connected. This message was great.