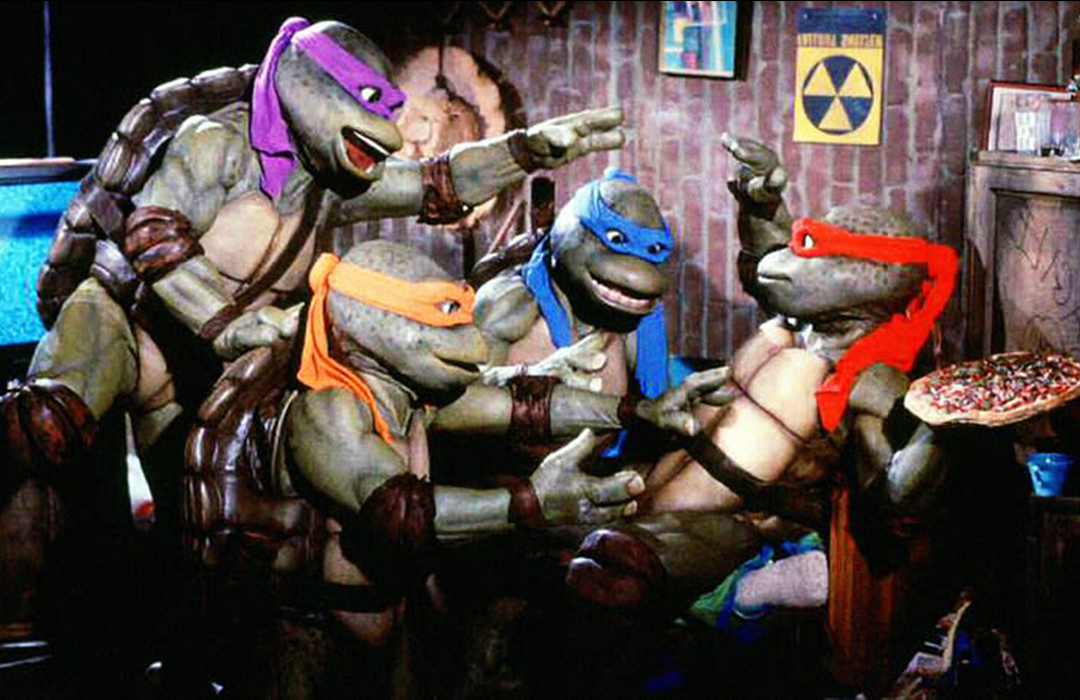 I was five years old when the original Teenage Mutant Ninja Turtles movie hit the big screen. Like most kids, I obsessed over trying to become like the masked, amphibious heroes.  To my disappointment, my parents refused to give me real katana swords or sais – so I decided to use butter knives and forks instead.  I would play for hours, pretending to vanquish Shredder and the foot clan.

One day, my imaginative mind developed an elaborate plot.  The Shredder had planted a bomb that would blow up the entire planet!  The only way for me to disarm the weapon was by jamming one of my sais (or forks) into the keyhole.  “What was the keyhole?” you ask. It was an outlet (yes, you read that right.  My grand plan was to jam a fork into an outlet…).

Luckily, a mother’s intuition kicked in and I was commanded to NEVER put anything in the outlet.  It would kill me if I did, and I was made to promise NEVER to do it.  I submitted, but only for about 2 minutes.  As soon as my mother left the room to tend to her chores, I was back to saving the world…and disarming the bomb that would destroy all of human existence.

Looking to the left and to the right to make sure I wouldn’t be caught, I jammed the fork into the outlet with all the force I could muster.  To my surprise, there was a flash of sparks, the flickering of lights, and the smell of burning.  A mark went up the wall from the outlet caused by the wire surging and overheating.

Like the Flash, my mother was back in the room checking me and making sure I was okay.  Then, she made sure to give me a beating that I would remember (this is not a commentary on spanking your child, so don’t get caught up in this part of the story.  However, it was an effective deterrent in this instance.  In fact, it wasn’t until college that I could plug something into an outlet without being overcome with fear).

After the scene had calmed, she asked me the question that all parents ask in a situation like this, “What were you thinking?”  The key was, I really wasn’t.  But, in my estimation, a miracle had happened.  I jammed a fork in the outlet, and I lived to tell about it!  My mom told me that I would die, yet there I stood with my sore bottom and my tear stained face.  Maybe I had super-powers!  Maybe I was the exception to the rule, and I could get away with disobeying the laws of physics and the rules of electrical currents.

We’ve all been there (okay, maybe not there exactly, but in principle).  We were told not to go somewhere, or hang out with that person, or talk that way, etc.  If we did, we would suffer consequences.  ‘The disaster would be catastrophic,’ we were told.  And then we did it…and nothing happened.  We began to distrust the authority figures in our lives; convinced that they had it out for us and wanted to take away all chances of fun.

Just as I thought, we believe we are the exception to the rule.  We believe we can defy the laws of order and disobey God’s commandments with no harm or consequences.  Over time, though, this way of living will catch up to us.  Just as Adam and Eve were told in the Garden, we will eventually die (or suffer the consequences for our sins).

There is truth to this both before and after our relationship with Jesus begins.  Before our life in Christ, our sinful choices have both earthly and eternal consequences.  But, even after we acknowledge Christ as Lord and Savior, we will still suffer the earthly consequences of our sin (if a Christian robs a bank, they will still go to jail).

Some consequences, however, do not come right away.  They slowly come into play (like the frog in the pot that doesn’t realize it’s being cooked alive if you turn up the water slow enough).  There are many sins that fit into this category:

These are a few of the sins that we ignore and allow to flourish in our lives.  Over time, they will demand a reckoning.  There will be an explosion of consequences.  One so big and painful that we will wish we could have a “do over.”

Take a moment to pause, reflect and pray.  Think of an area that you need to clean up and completely surrender to God and meditate on a verse from Galatians 6:7-8: 7 Do not be deceived: God cannot be mocked. A man reaps what he sows. 8 Whoever sows to please their flesh, from the flesh will reap destruction; whoever sows to please the Spirit, from the Spirit will reap eternal life.

I remember that day so clearly ! You survived the fork in the outlet but I was ready to kill ya. :) Great message !